Here we have some brandnew photos of the "just landed" customized "classic 10-incher" Teddy Trooper.

It's an "update" colaboration of FLYING FÖRTRESS and LYRIC_ONE.

Originally the "SAIGON SQUAD" was made in 2006 by FLYING FÖRTRESS (one of his rare handpainted original customized Teddy Troops figures!) for a group show of custom TTs.

But then he got lost.... missing in action.

And returned damaged and wounded a couple of years later...

So last year FÖRTRESS joined forces with LYRIC_ONE to update the Trooper by turning all these bruises-by-accident into some rusty-weathered-look-in-purpose. So here we have the new but old-looking "RUSTY SAIGON SQUAD" Trooper...

Back from the fields!

Big Thank-You! to LYRIC_ONE to "proper messed him up"! 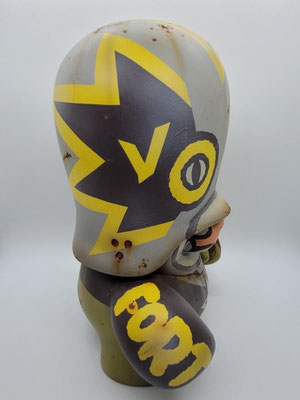 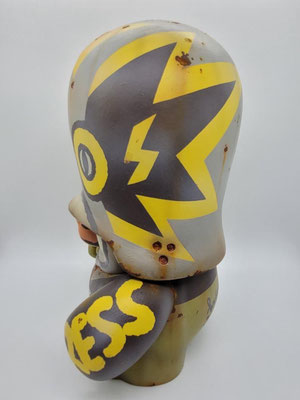 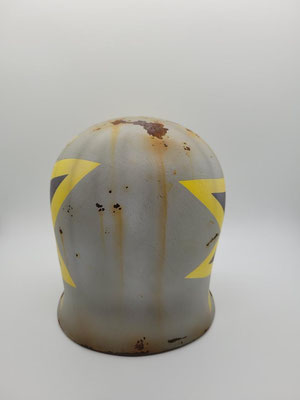 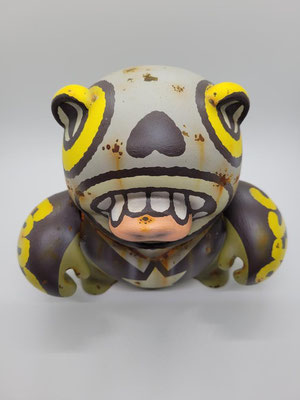 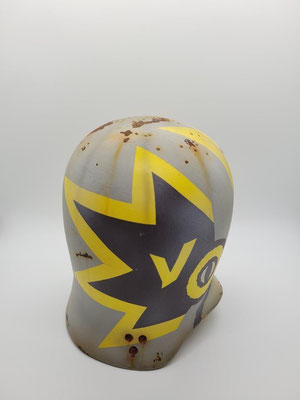 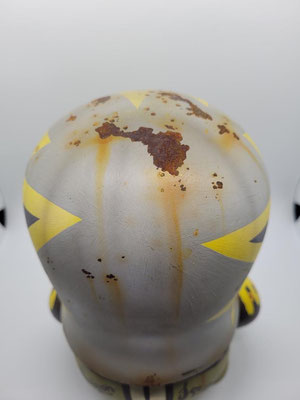